Happy Birthday Elvis! Life Before He Was King

Happy birthday, Elvis! To celebrate, Backbeat Tours and Graceland have teamed up for a very special 60 Years of Rock ‘n’ Roll Tour that you don’t want to miss. Click here for tour times. And make sure to check out the links at the end for other great events here and in Tupelo, Mississippi.

Forty years ago the City of Memphis held a parade down Elvis Presley Boulevard to the gates of Graceland, complete with floats and marching bands and both city and county mayors in attendance. Elvis himself came down to the gates and joined the festivities. Can you think of anything more awesome than your own city proclaiming a special day in your honor, and holding a parade down a street named after you to your very driveway, just to wish you happy birthday? (In case you’re reading this, Mayor Wharton, my birthday is April 17. Plenty of time to plan!) Elvis was accustomed to fame long before this, of course, but still, it had to be a thrill for him. 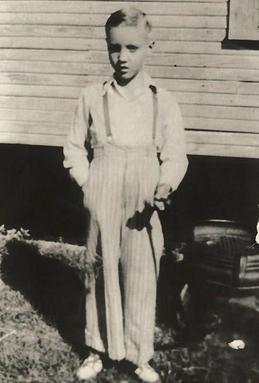 So what were they like, Elvis’ birthday celebrations back in the day? Certainly far from the extravaganzas of later years. The Presleys were poor – “poor as a snail,” as one family friend put it, which sums it up pretty well. A few of Elvis’ friends would gather at the honoree’s house, and everyone would have the usual meal of beans and potatoes. (They weren’t vegetarians – that was just typically all they had.) If it was a good year, maybe Gladys would cook a chicken (after wringing its neck that very morning). There was usually cake and ice cream, of course – it was a birthday celebration, after all – but the ice cream, like the cake, was homemade, churned in an old-timey ice cream machine. The kids would all take turns cranking the handle for hours on end. (Fun!) 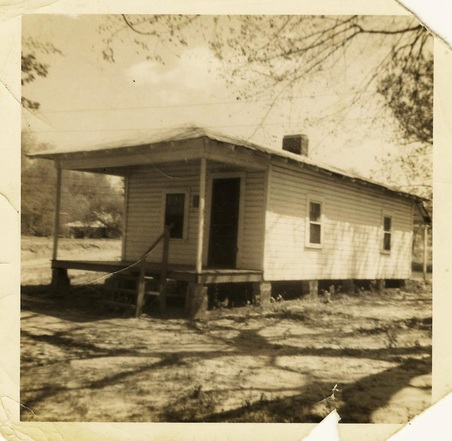 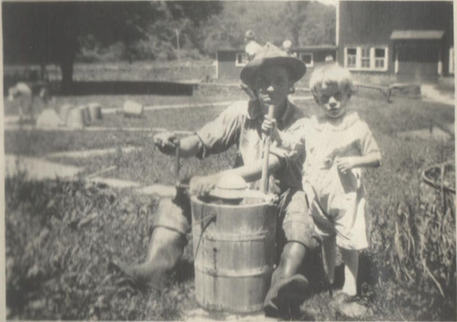 And what about presents? Elvis would typically receive a shirt. A single shirt. I don’t know how many little boys’ birthday parties you’ve been to recently, but if the kid in question received a single shirt, and nothing else….well, let’s just step back from the horror of it all and simply remark that times have certainly changed. The shirt would be homemade out of feed sack material, a common practice during the Depression when many families didn’t have money to spend on store-bought clothing. Gladys, like many other Depression-era mothers, saved the bags that held the chicken feed, hog feed, flour and oatmeal that they purchased. These were big 50 lb. sacks sometimes made of colorful patterned cotton designed to attract the customer who was as interested in the sewing material as much as the chicken feed. Once the bags were emptied and washed and the labels and any printing removed, Gladys stitched and sewed them into dresses for her or shirts for Vernon and Elvis. Magdalene Morgan, a childhood friend of Elvis’, remembered that “Gladys was very good at sewing. She worked in a sewing factory. So Elvis would wind up getting the shirt, maybe a bar of candy.” There’s something in the simplicity of it all that’s appealing, even today.

So drag out the ol’ ice cream machine, and get crankin’! As Magdalene puts it, “Those were the good ol’ times, something we will always remember.” 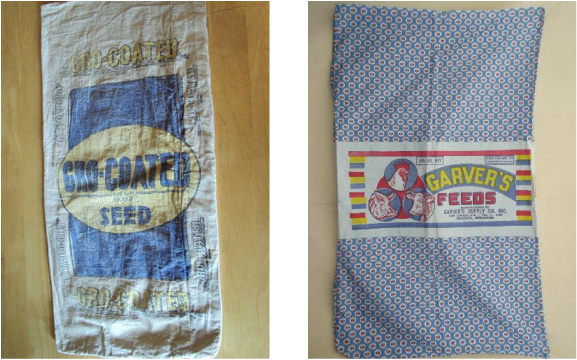