We don’t really need a special occasion to mix two of our favorite passions – history and booze – (in fact when it comes to combining the two – the history of booze -- some might say we indulge a little too much, even though we prefer to call it “research”) – but, hey, New Year’s Eve gives us a clever excuse. We’ve been hitting the bottles books quite hard recently, and after many late nights, stumbling home blurry-eyed from…research…and watching the sun rise over the spires of Beale Street Baptist Church (yes, there is a church on Beale), we’ve developed exclusively for you, dear Reader, this fun, DIY, Downtown Memphis Vintage Cocktail Tour. Why vintage cocktails? Because it’s like drinking history! And they go down much easier than a dusty old book. (Yes, we’ve tried. And no, don’t ask.)

While drinking these classic concoctions, impress your friends with some historical tidbits. (If you can’t remember any of the information, go ahead and make it up! After the second drink, no one will know the difference.) One tentative word of caution here: the drinks below all come from a time when Americans seriously knew how to drink (that is to say, before you were born). Do everyone a favor and take the trolley – all the stops are near the Main Street line. And use a taxi or designated driver to get home: even though drinking and driving was arguably the true National Pastime through most of the last century, please remember that some aspects of history are best left in the past. What follows is a recommended route, with recommended drinks along the way. 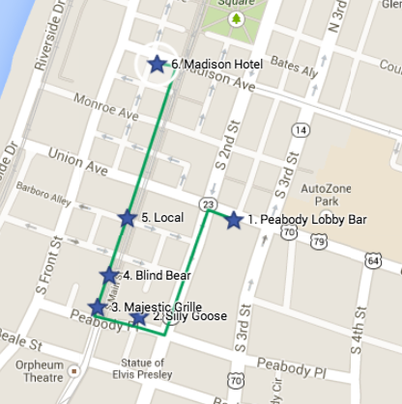 Stop 1: The Peabody Lobby Bar
All decorated for the holidays, the Peabody makes a beautiful place to start. Have a pre-party photo shoot by the fountain, and then belly up to the Lobby Bar and order a drink. 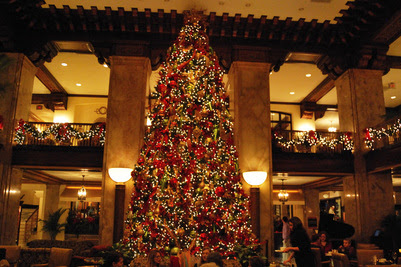 Presbyterian- A mix of bourbon, ginger ale, soda, and bitters, the drink dates from the 1890s. No one seems to know the genesis of the name, although it was likely a way of teasing the teetotaling Presbyterian population that was pushing for Prohibition. Because of its resemblance to an innocent iced tea, the drink has long been a staple of Southern garden parties. (That might explain Aunt Lily Mae’s behavior that one time….)
Stop 2: Silly Goose
The Silly Goose has bar rules like “When an awesome power ballad is playing you must sing along” and “Never pass up a shot from a staff member.” Do not skip this bar! 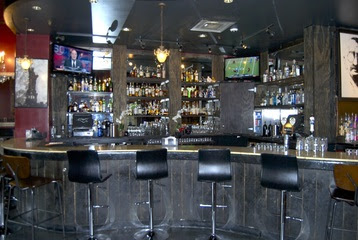 Martini- During Prohibition it was easiest to manufacture illegal gin (think bathtub gin), leading to the martini's rise as the predominant cocktail of the 20th century. Originating in America sometime in the late 1800’s (there are many, many conflicting stories of its origin), the traditional martini is made with gin and vermouth, garnished with either olives or a lemon twist. (Fun fact: Don Draper and Roger Sterling averaged close to 10 drinks per episode in Season 5 of Mad Men. Just thought we’d mention that.)

Stop 3: Majestic Grille
The Majestic will be playing the Beale Street Guitar Drop on the big screen so try to make it here a little before midnight. The old-fashioned theatre ambiance will pair well with your vintage cocktail. 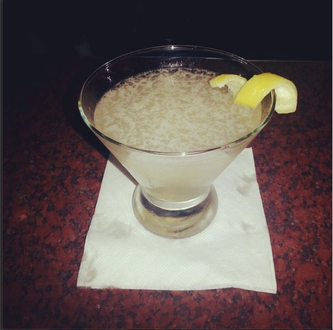 Corpse Reviver #2- Popular around the turn of the 20th century, a “reviver” was a class of drink also sometimes known as an “eye opener,” intended to be imbibed in the morning. In his cocktail book published in 1930, Savoy barman Harry Craddock warned of this drink (of which there were numerous variations), that “four taken in swift succession will unrevive the corpse again.” Having four of these drinks any time of day would put most folks under the table (each drink is a double by modern standards). The Corpse Reviver #2 is technically not on the bar’s drink menu (it used to be), but go ahead and order one anyway.


Stop 4: Blind Bear Speakeasy
Complete with two-way mirrors and poker tables, Blind Bear actually feels like you're traveling back to prohibition. Channel your inner bootlegger and pretend you’re in an episode of Boardwalk Empire. 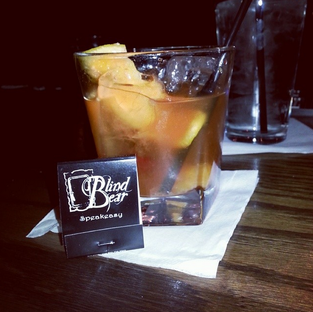 Old Fashioned: Woodford Reserve- Popular in the late 1800s and early 1900s, the drink was created in reaction to a cocktail culture that had become overly obsessed with fruit, frills and flourishes (hmmm, can’t imagine that….) The Old Fashioned is a throwback to the original Cocktail, a drink that was touted as a cure for hangovers (but later became the cause of them). In the early 1800’s, some European travelers in America considered the Cocktail to be the country’s finest invention. If you like bourbon this drink is right up your alley, consisting of only a sugar cube, bourbon, and bitters, garnished with a cherry and orange peel to make it look more harmless than it is.


Stop 5: Local
Local is throwing a New Year’s Eve Party. They will have free party favors, as well as food and drink specials. They also have an enclosed patio, which will provide some prime people watching down Main Street. 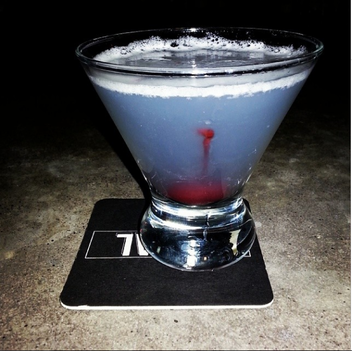 Aviator: Also called the Aviation, this drink was created by Hugo Ensslin, head bartender at the Hotel Wallick in New York, in the early 1900s, perhaps to celebrate the success of the Wright Brothers’ flight. Made with gin, maraschino liqueur, and lemon juice, it’s the hard-to-come-by crème de violette that gives the drink its sky-blue color and hint of floweriness.

Stop 6: Twilight Sky Terrace at the Madison Hotel
End your tour here with the most beautiful view of Downtown and the river. Take some “after” pictures of you and your friends with the Mighty Mississippi as your backdrop, and then compare them to the “before” shots you took at the Peabody. (This will let you know if you accidentally left any of your friends behind along the way; if so, do the stops in reverse order until you find him or her. But have your drink here first!) 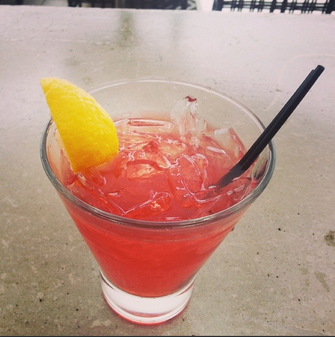 Pomme Fizz- The Fizz became widely popular in America between 1900 and the 1940s. Known as a hometown specialty of New Orleans, the Gin Fizz was so popular that bars would employ teams of bartenders taking turns shaking the fizzes. This one adds pomegranate liqueur and egg white for a fruitier, frothier experience. (To test whether you can make it out the door, try saying “fruitier, frothier” 10 times quickly).