Indie Memphis Showcases All Sides of the City

This year, we felt a special connection to the Indie Memphis Festival as many of the movies touched on the music and history of Memphis, subjects that we’re more than a little bit passionate about. In its sixteen years, the festival has grown quite a bit, and it’s a fantastic opportunity to see not only quality independent films by nationally known directors, but also locally made movies that show us so many different facets of our own city, and bring out connections that we might otherwise have missed. 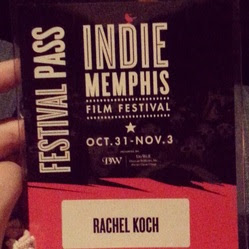 With 50 feature films, 82 shorts, and numerous panels, parties, and events, the excitement in the air surrounding Overton Square last weekend was palpable. If you needed to get around, they even had bicycles to borrow, the kind of hip touch we’ve grown to expect from this out-of-the-box festival.

Of course, what we love the most are the hometowner movies, particularly the ones that highlight what’s exceptional about Memphis. If you missed the festival, try to rent some of these when they come out on DVD; we’re sure Black Lodge Video will have copies.

Here they are, in no particular order: 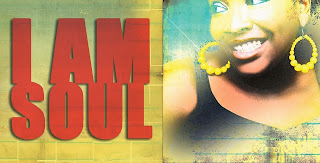 I Am Soul. This documentary film, directed by Johnathan Isom, tells the story of Tonya Dyson, a maverick in the neo-soul music movement. We grew to love Ms. Dyson when she led a Dishcrawl through Memphis soul food on the Backbeat bus. Small world!
Meanwhile in Memphis: The Sound of a Revolution. This documentary, directed by Nan Hackman & Robert Allen Parker and winner of the Hometowner Film Audience Award, chronicles the underground Memphis music scene from the 1970’s through the early 2000’s. Featured in the documentary are Jim Dickinson of Mud Boy and the Neutrons, Gangsta Blac, Al Kapone, The Grifters, Tav Falco’s Panther Burns, and the North Mississippi Allstars. What makes Memphis underground music so special? The determination to create something new, exciting, and uncompromising, profitable or not. (You listening to this, Nash-Vegas?)


Orange Mound, Tennessee: America’s Community, directed by Emmanuel Amido and winner of the Southern Soul of Independent Film Award, celebrates and explores this historic neighborhood, one of the first in the nation built by and for African-Americans. Like Harlem, its sister and rival in the north, Orange Mound was once home to middle class, multi-generational families, a tightly-knit community with a strong collective sense of pride that nonetheless has fallen on harder, more challenging times. Despite that, the community still has plenty of heart, plenty of hope, and plenty of good people who simply won’t give up. 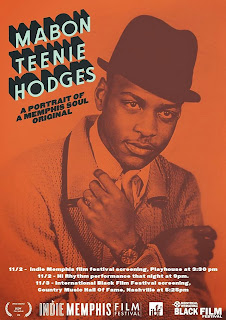 Mabon “Teenie" Hodges: A Portrait of A Memphis Soul Original. This short documentary, directed by Susanna Vapnek and winner of the Documentary Short Audience Award, tells the story of “Teenie” Hodges, songwriter for Hi Records, who together with legendary producer Willie Mitchell, wrote hits like Love and Happiness and Take Me to the River for Al Green. During a live audience interview after the film, Teenie described what makes the Memphis music scene different in one sentence: “We know we’ve got to work for it.” 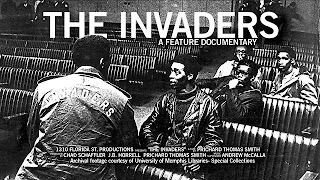 The Invaders. In this documentary, the Indie Memphis secret screening on Saturday, producer Craig Brewer tells the story of the grass roots, militant civil rights group that played a significant role in the events of the Sanitation Strike of 1968, the months-long upheaval that ultimately claimed the life of Dr, Martin Luther King, Jr. The rocky, sometimes contentious relationship between the militant Invaders and Dr. King’s nonviolent movement was left unresolved when that fatal shot rang out at the Lorraine Motel, but each in their own way were striving to be catalysts of much-needed change. Check out the trailer here!

And there you have it. We have Indie Memphis to thank for showing us what a fascinating, complex city we live in, a city of a million stories (at least!) where practically every street corner has its own unique, beautiful – sometimes heartbreaking – history. The neighborhoods we drive through and the people we come across every day – in line at the Mapco, or the bank, or in that car next to you at a red light – have rich stories that should make us all proud to be Memphians. Hats off to the Indie Memphis Film Festival for showing us, through the magic of filmmaking, just how closely connected we are.
Posted by Deborah Patton at 5:46 PM