As part of its Memphis Loves Memphis series, Backbeat Tours will be hosting its first ever Dive Bar Crawl on Friday, March 14, from 8-11pm. The crawl is a three-hour tramp on our vintage-look bus to four of our favorite dive bars, led by singer-songwriter Kathryn Brawley. The specific bars we’re visiting is a closely-guarded secret until tour night (that’s half the fun!), but here’s Kathryn’s take on her favorite Memphis dives. Think we’ll be taking our choices from the list? Yep, that would be a good guess. The price for the Dive Bar Crawl is $10 per person. For reservations visit http://www.zerve.com/Backbeat/BarCrawl or call (901) 527-9415.

Why dive bars? Why not? I’d much prefer a grungy, low-lit room where I can hang out with my friends to getting pricey cocktails and having to put on heels to go to a swanky bar and feel uncomfortable for three hours. And there are so many great dive bars in Memphis. I’ve been told to limit this list to my Top 10, and that wasn’t easy, so if I’ve left off your favorite, tell us about it.

1. Earnestine & Hazels. After having a few drinks, there’s nothing better than chowing down on a $6 world famous Soul Burger. (Tip: ask Steve or Keenan to put extra onions and pickles on yours). It’s a beer bar, but you’re more than welcome to bring liquor into the building. It’s an ideal place for a group hang – you can go upstairs, which used to be a brothel, and grab a table. Be sure to hit up one of the best jukeboxes in the city while you’re there. Our ghost tour guides tell me the jukebox is haunted. My favorite night to go to E&H is Sunday, for their Sunday night Jazz Jam. 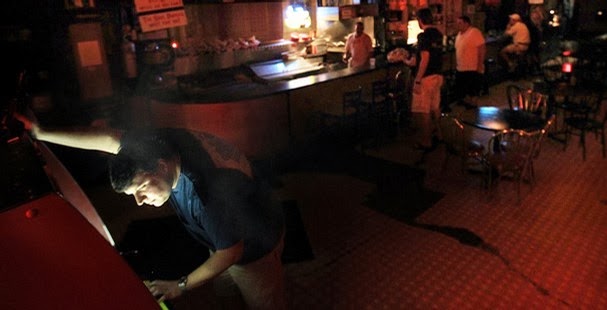 2. Buccaneer Lounge. This is what I think of as a “neighborhood bar.” I’m a woman in my 20’s, but I go in, have a drink, and make small talk there all the time. This is my whiskey and coke bar. They have food, but I don’t usually eat there. By the time I get hungry at the Bucc, someone usually suggests walking to Krystal, then walking back. They also have a nice music setting at The Buccaneer, including Devil Train on Monday nights. 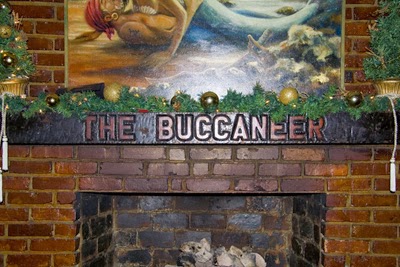 3. Wild Bill’s. If you like blues, THIS is where you go. I don’t care what anyone says, Wild Bill’s is a juke joint that will show you what it’s all about. It’s kind of a late night place and cash only, so I say hop in a cab and swing by an ATM before you hit Bill’s. 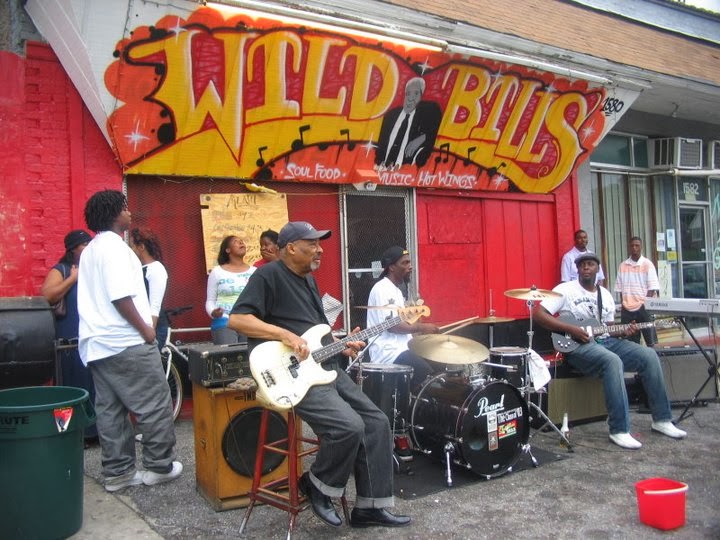 4. Alex’s Tavern. This is another late-night place, but I have to admit, I’ve spent many early nights here eating a burger and getting started. Alex’s has shuffleboard, a great jukebox, and if you’re into sports, there are multiple screens they put games on. Like Wild Bill’s, Alex’s is cash only, so be prepared before you head in. 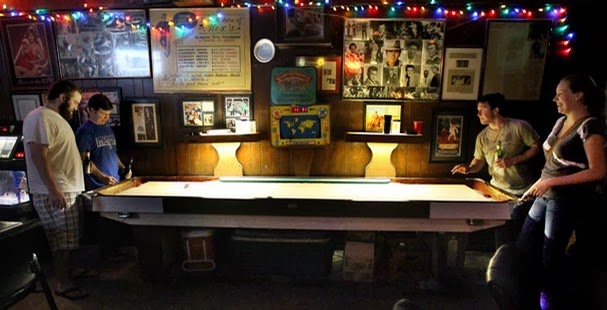 5. Printer’s Alley. This is a REALLY late night bar –the kind of place you go to when absolutely every other bar has closed its doors. And for that reason alone, it’s awesome. I love the seating at Printer’s Alley, and they have pool rooms so you can have a game. When you walk in, there’s an overwhelmingly delicious smell of burgers on a George Foreman grill. It’s hard to explain why, but it’s pretty comforting at 5am. 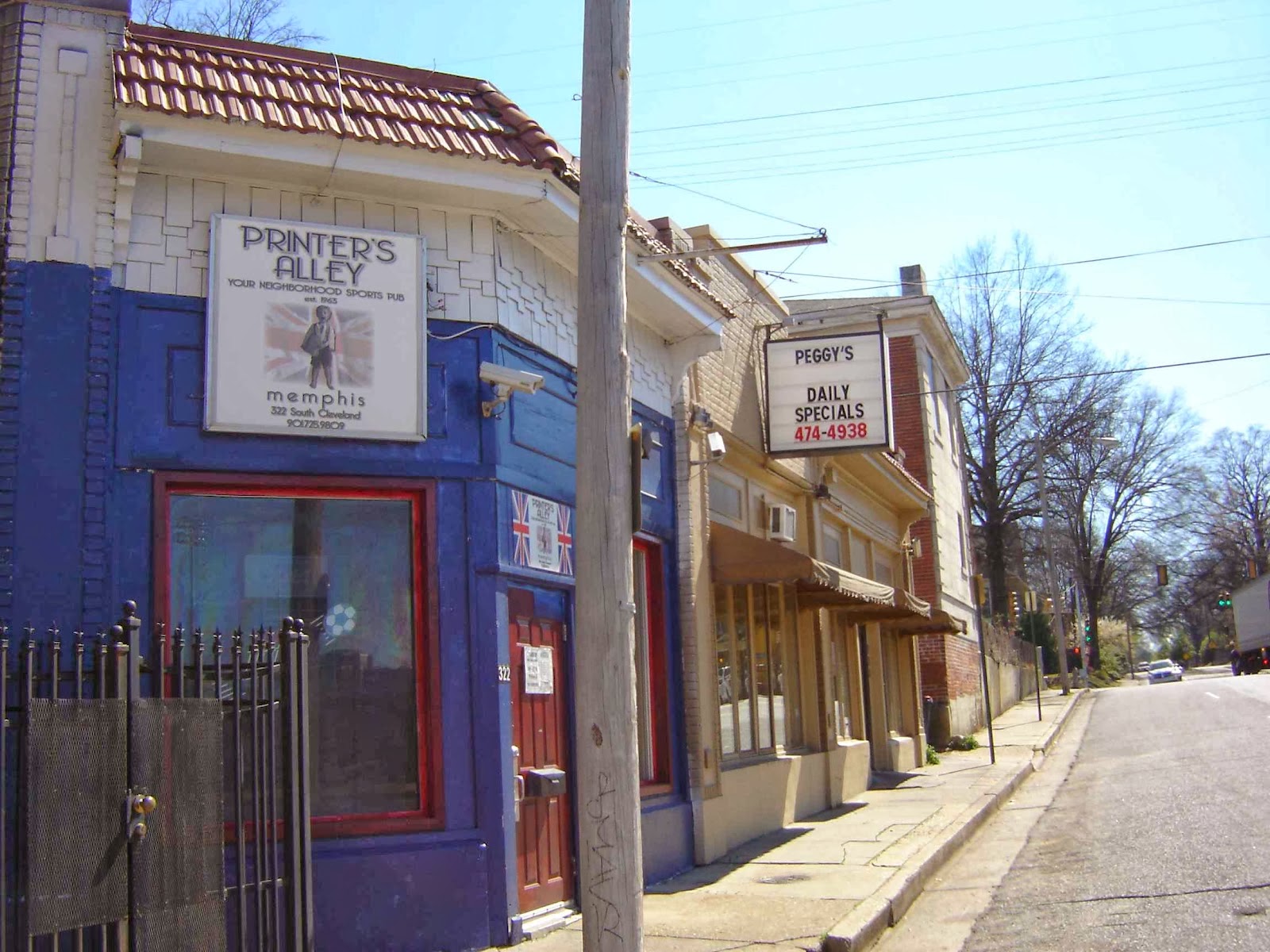 6. Lamplighter Lounge. My favorite 2-to-4-person bar. You can get a cold PBR, Shirley Burger, and shoot some pool with your friends or partner. It’s a nice bar for winding down. But no cursing! It’s a rule. 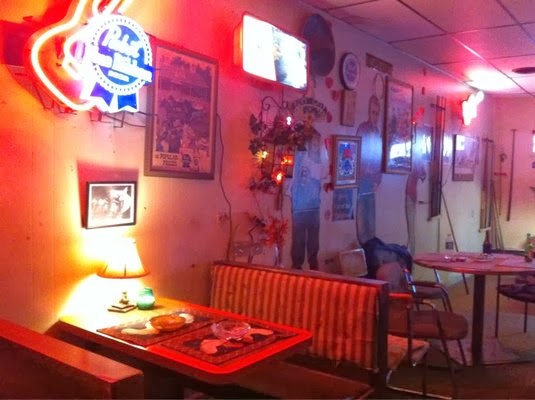 7. Poplar Lounge. One of my favorite music venues in Memphis. When the Poplar Hi-Tone closed, a lot of bands migrated to Poplar Lounge to play and I was pretty excited about that. It’s a cool little place with some of the nicest staff around. It’s definitely a family at “The World Famous Poplar Lounge”. It’s a beer bar, but you can take liquor (there’s a liquor store right across the street, in fact) inside and there are some mixers. Some old-timers around town associate some pretty heavy fightin’ with Pop Lounge, but it’s a tame place these days. 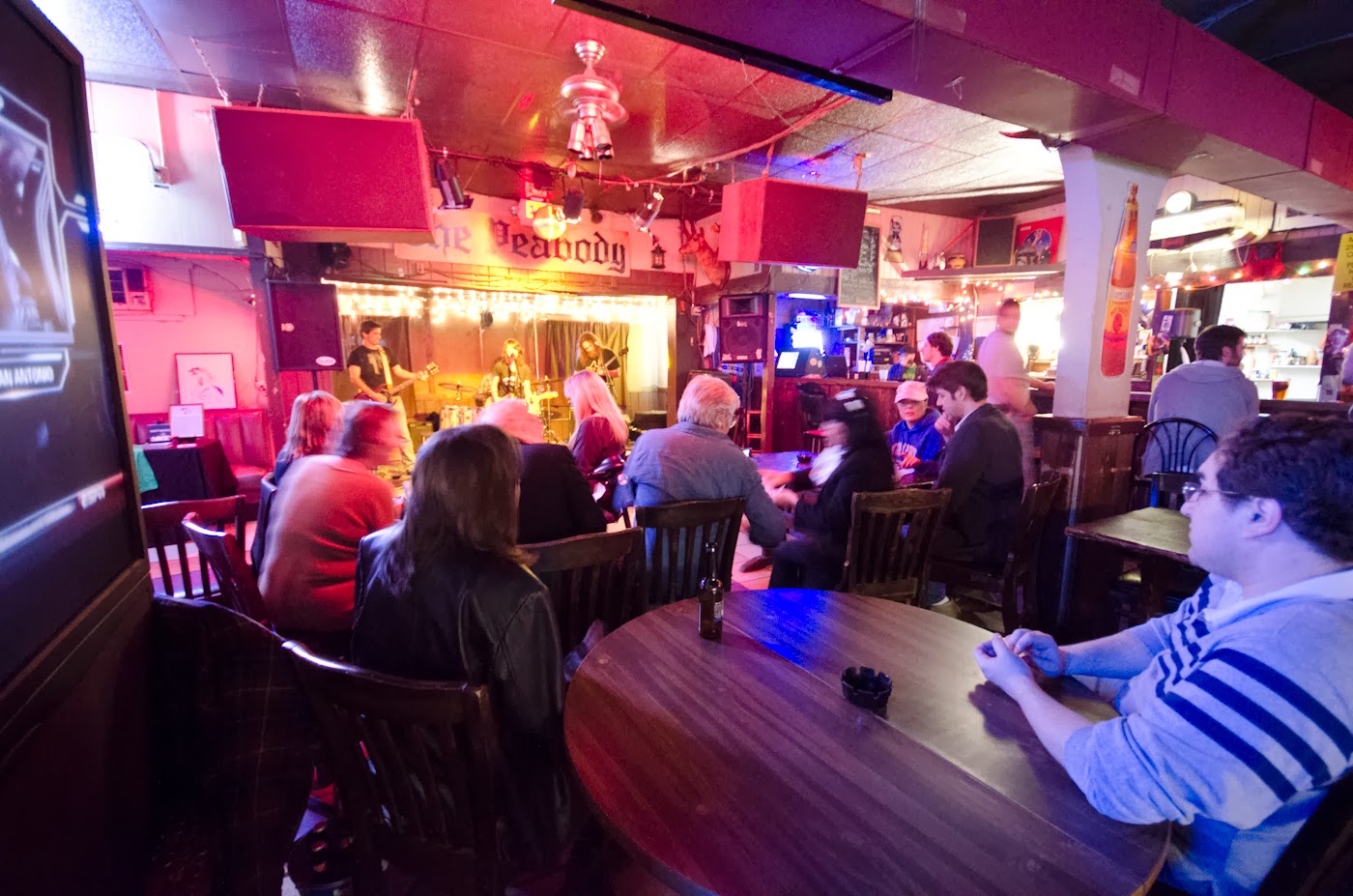 8. Bobcat Bar & Grill. This place makes me chuckle every time I think about it. I stumbled upon Bobcat on accident one night. My boyfriend and I were grabbing Schlotzky’s for dinner and, as we were getting in the car, the sign for Bobcat Bar & Grill caught my eye. I mentioned that it was weird that there was a bar right there –it’s a very, very awkward place to have a bar. He suggested we go in for a drink and I was pretty excited about it. We go in, grab a beer, sit down, and take in the scene. At the time, it was around Christmas and there were some Christmas decorations up that made my heart pitter-patter. In the back, there was a group of stained-white collar men playing pool. One of the men walked up to us and said, “Y’all like Lobster Bisque?” I responded, “Yeah, of course”, and he told me, “Well you won’t find that here, but you can get a d____ good slice of pizza”. I decided I liked this place.

9. The Cove. Great bartenders and food over at The Cove. I feel like the bar is easy to navigate and great for groups as there is plenty of seating and even a deck out back! They have a $2 Sunday beer bust, trivia night and a hand full of shows at The Cove, which are well-worth looking into. 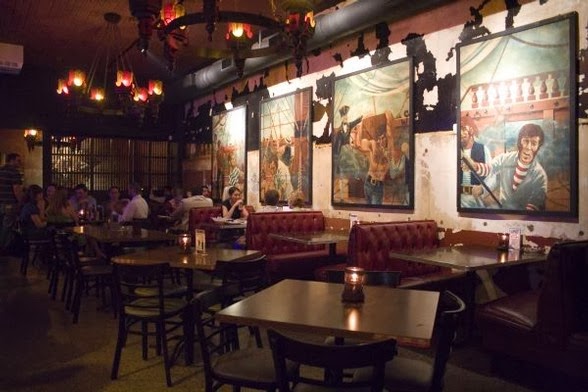 10. P&H. For me, there are days I really love going to P&H and days when it’s too crowded to enjoy. There’s a reason so many people are there though! P&H is a classic Memphis staple, the feature of director Craig Brewer’s Poor & Hungry, and everyone loves going. It’s a beer bar, but you can bring liquor. The food is EXCELLENT –some of the best bar food in town (I get the fried pickles every time), and the kitchen is open until midnight. They have Karaoke on Friday Nights, but it can get pretty crowded, so I suggest hitting up their Tuesday night trivia instead, which is some of the best in town. 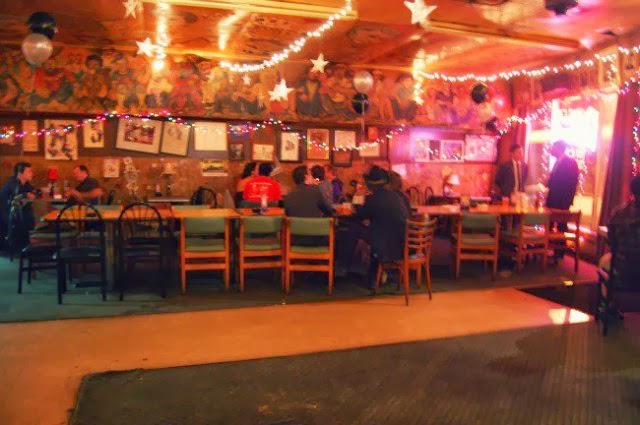 It looks like a wonderful pub,
bars in san antonio