January had been especially cruel, so when I was chosen to represent Backbeat at this year’s Polar Bear Plunge, what I was going to do didn’t really register. The Polar Bear Plunge is a charity event held by the Tennessee Special Olympics and involves a variety of activities on Mud Island that lead up to the grand event: a ceremonial dive into the mouth of the Wolf River where it empties into the Mississippi. It is also the first event of Project Adrenaline, where Backbeat highlights different adventurous outdoors events around Memphis throughout the year. 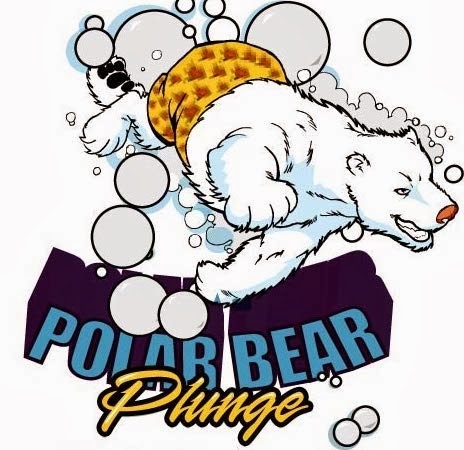 Fortunately, it was sixty degrees and sunny, and one of the warmest days of the year so far. But a wind was carried the chill of the cold river over Mud Island. The first thing I noticed when I arrived was a large pavilion tent with a costume contest and lots and lots of people. The music was loud and the event had an upbeat tone that made me uneasy. All I wanted to do was run into the water and run out and get it over with. I began to think this is why I didn’t join a fraternity in college. There were also a lot of young, fit, and attractive people there in their bathing suits, and I realized that soon, I would be standing next to them with no place to hide the belly I picked up over the holidays.

An emcee announced the main event, the Plunge itself, and the crowd, including the “Plungers,” began to gather on the long, high-angled ramp that boat-trailers use to slide their vessels into the Wolf River harbor. Spectators lined two cordons of rope held by Special Olympics athletes. Photographers gathered on a small pier that jutted out into the river, and a diver and a lifeguard stood by. Between the ropes a broad path across the cobblestones led strait into the water, and I knew then that there was no turning back. 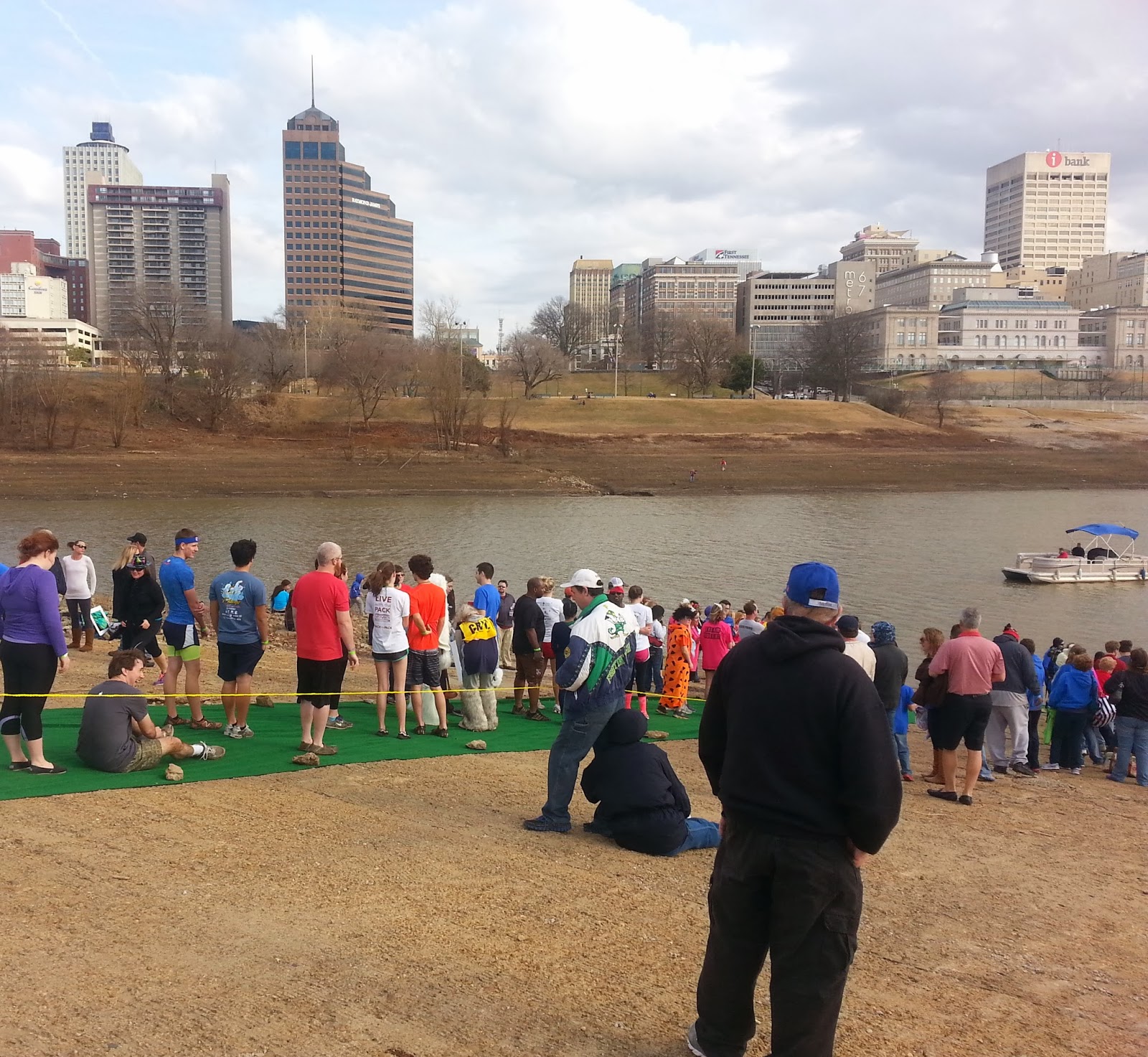 The emcee began to call out the teams and their organizations. People began to throw themselves into the water to the delight and applause of the crowd. Those of us in the back watched as soaking participants made their way back up the ramp, some laughing, some screaming about how cold the water was. I was in the back of the line, next in line to a man whose name I never caught. When I asked who he was with he simply said “Myself.” He told me he does this every year. Two girls standing behind me were juniors at Lausanne Collegiate School. They laughed about how a third girl was supposed to be with them, but had made a wrong turn and ended up crossing the bridge into Arkansas. Apparently there were people that did this every year, and not just for the thrill.

So, standing there in line it began to dawn on me that I wasn’t the only one who was worried about the water temperature or felt out of place next to all of the people. What I heard and saw was the crowd cheering everyone on, people laughing with strangers, and through this bizarre event Special Olympics athletes would pass through the crowd, taking pictures with pretty sorority girls and laughing at the idiots like me who were about to make fools of themselves.


Things came into perspective. What had at first seemed like a Greek-life showcase that I wouldn’t want to be a part of, transformed into a party for these athletes and their families. I knew what this was like. My childhood best friend has a younger brother who suffered brain damage from misdiagnosed meningitis, and my best friend in high school had been born with spina bifida. I’ve seen first hand how difficult living with mental and physical handicaps can be and the strain it can place on a family. But what I saw here was a community of people coming together to lift these athletes up and to celebrate the lives that these people are living despite the adversity they face. After a while I began to laugh, too. I began to enjoy myself.

Then it was my turn. The emcee asked me who I was and for whatever reason I said “Elvis’ love-child.” I waved to the crowd, took a running start and threw myself into the river. 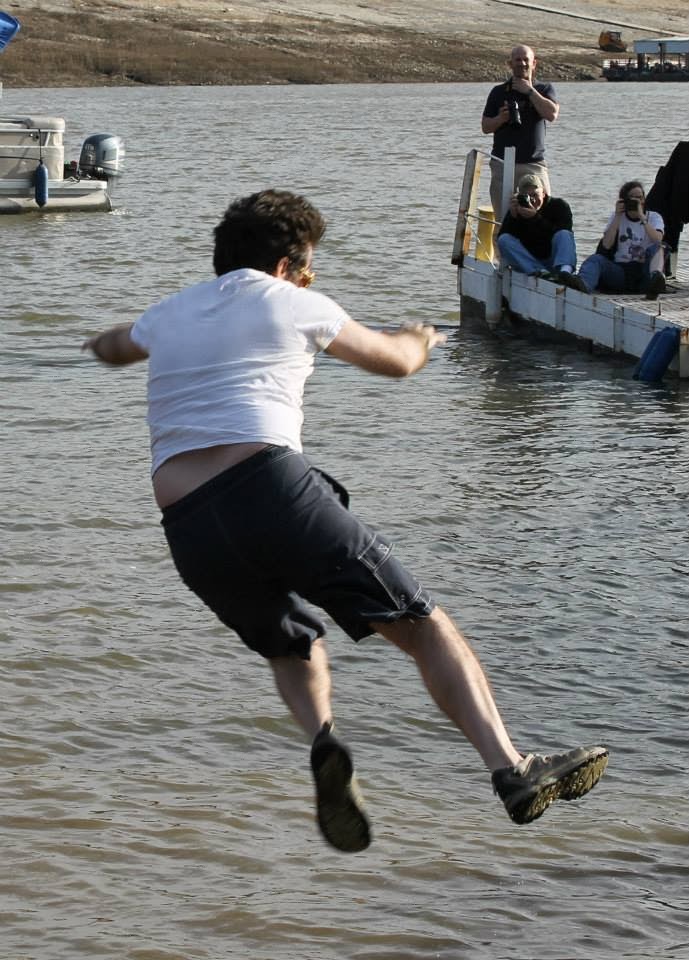 It was cold. It was a coldness I can’t explain, a shock my brain held off just long enough to send the order for me to get out immediately. It wasn’t until I was kicking knee-high through the water and back up the ramp that the full coldness hit me.


“You lost your glasses,” the lifeguard told me as I passed her, which I didn’t give a damn about.

“A tribute to the river gods,” I told her and ran for my towel.

By Michael Flannigan.
Posted by Deborah Patton at 2:52 PM